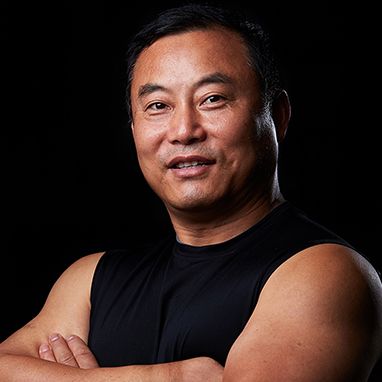 Coach Ma Jianping was coached by one of the founders of the Chinese weightlifting system and was a member of the Chinese National Team from 1978 to 1988 and represented his country in the 69kg class at the 1984 Los Angeles Olympic Games. He also won a silver medal and two bronze medals while competing in four World Championships and World Cups.

Since competing, Ma has been a coach at a variety of levels for over 23 years, beginning as a Provincial coach and rising as National level coach for China’s Junior team. More recently, he was the head coach of the Seychelles (Africa) National Team and the USA World University National Team from 2003 to 2007. Coach Ma received an undergraduate degree from Anhui University in China in 1989 and received his master’s degree in exercise science from Xi’an Sports University in China in 2007. His lifters include Li Ping, 2005/2007 World Champion and 2010/2011 Asian Games Champion in the women’s 53kg class and 2002 World Silver medalist Sun RuiPing in the women’s 75kg class.

He is now the head coach of Lindenwood University’s weightlifting team where he teaches classes in authentic Chinese weightlifting and strength & conditioning, and is consistently one of the highest rated instructors by his students.

Learn What Chinese coaches do Differently